Both an accomplished blues guitar player and a prolific singer/songwriter, Austrian born Ripoff Raskolnikov must be considered one of the most idiosyncratic figures on the European blues scene. Like thousands of his colleagues, he admires and reveres such blues greats as Blind Willie McTell, Skip James, Robert Johnson or John Lee Hooker.

On the other hand, and quite unlike most of his colleagues, he has no desire to imitate or copy them. Nor, for that matter, is he willing to remain within the boundaries of what is generally accepted as the blues.

What does connect him to the aforementioned giants is his fully committed, unwavering integrity in exploring, and coming to terms with such human emotions as love, passion, desire, loss, pain, the quest of beauty,  hunger for life, or fear of death. Driven by such forces, Raskolnikov unleashes songs of powerful poetic and musical expression which, more often that not, defy stylistic categorization.

Whatever the line-up, Raskolnikov never fails to create an ambiance of poignant intensity. He is the sort of artist you like to watch as well as listen to. His stage charisma, his dry sense of humour and his highly personal approach to the blues make him one of a kind. 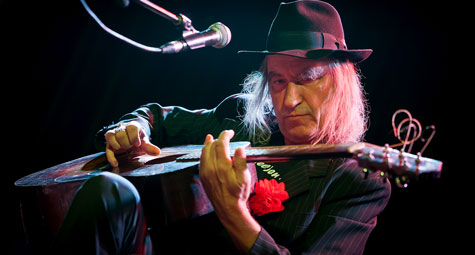 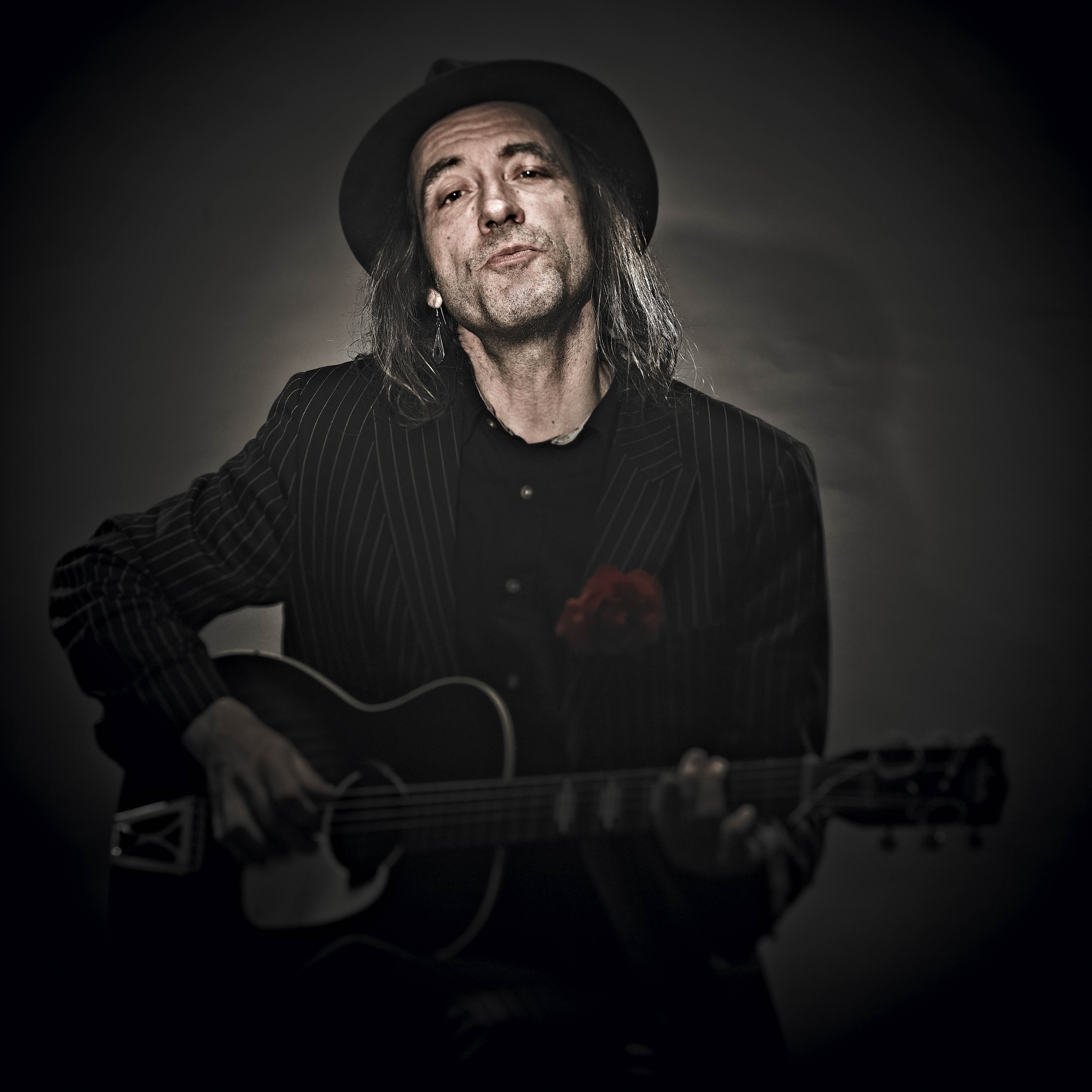